The Shanghai World Financial Center is a supertall skyscraper located in the Pudong district of Shanghai. It was designed by Kohn Pedersen Fox and developed by the Mori Building Company, with Leslie E. Robertson Associates as its structural engineer and China State Construction Engineering Corp and Shanghai Construction (Group) General Co. as its main contractor. It is a mixed-use skyscraper, consisting of offices, hotels, conference rooms, observation decks, and ground-floor shopping malls. Park Hyatt Shanghai is the tower’s hotel component, comprising 174 rooms and suites occupying the 79th to the 93rd floors, which at the time of completion was the highest hotel in the world. It is now the third-highest hotel in the world after the Ritz-Carlton, Hong Kong, which occupies floors 102 to 118 of the International Commerce Centre

The Taipei 101 / TAIPEI 101, formerly known as the Taipei World Financial Center – is a landmark supertall skyscraper in Xinyi District, Taipei, Taiwan. The building was officially classified as the world’s tallest in 2004 and remained such until the completion of the Burj Khalifa in Dubai in 2010. In 2011, the building was awarded the LEED platinum certification, the highest award according to the Leadership in Energy and Environmental Design (LEED) rating system, and became the tallest and largest green building in the world. It used to have the fastest elevator in the world, traveling at 60.6 km/h (37.7 mph) and transporting passengers from the 5th to 89th floor in 37 seconds. In 2016, the title for the fastest elevator was given to the Shanghai Tower in Shanghai.

Also Read: Top 10 Most Beautiful Waterfalls in the World 2018

CITIC Tower is a supertall skyscraper in the final stages of construction located in the Central Business District of Beijing. It is popularly known as China Zun. The 108-storey, 528 m (1,732 ft) building will be the tallest in the city, surpassing that of the China World Trade Center Tower III by 190 meters. On August 18, 2016, CITIC Tower surpassed China World Trade Center Tower III in height, becoming Beijing’s tallest building. The tower structurally topped out on July 9, 2017, and fully topped out on August 18, 2017, the completion date is set to be in 2018.

China Zun Tower will be a mixed-use building, featuring 60 floors of office space, 20 floors of luxury apartments and 20 floors of the hotel with 300 rooms, there will be a rooftop garden on the top floor at 524m high.

Also Read: Top 10 Most Dangerous Roads in the World

Tianjin Chow Tai Fook Binhai Center is a supertall skyscraper under construction in Tianjin, China. Construction started in 2013 and it is expected to be completed in 2018. When completed, the tower will become the second tallest building in Tianjin after Goldin Finance 117. It is located in the outer district of the Tianjin Economic-Technological Development Area.

Also Read: Top 10 Most Active Volcanoes in the World

The Guangzhou Chow Tai Fook Finance Centre (also called East Tower) is a 1,739-foot (530 m) tall mixed-use skyscraper in Guangzhou, Guangdong, which was completed in October 2016. It is the tallest completed building in Guangzhou, the third-tallest in China, and the seventh-tallest in the world. The Guangzhou CTF Finance Centre has a total of 111 above ground and five below ground floors and houses a shopping mall, offices, apartments, and a hotel. The skyscraper has a gross floor area of 5,464,633 square feet, of which a little over twenty percent is not part of the skyscraper itself, but of the podium connected to it.

Also Read: Top 10 Most Beautiful Cathedrals in the World

Lotte World Tower supertall skyscraper located in Seoul, South Korea. It opened to the public on April 3, 2017, and is currently the tallest building in South Korea, and is the 5th tallest building in the world. Seoul Sky is located on the 117th ~ 123rd floors of Lotte World Tower in Sincheon-dong, Songpa-Gu, Seoul, Korea. The 117th floor consists of the entrance floor, the view floor, the 118th floor is the entrance floor, Sky Friendly Cafe, Sky Terrace, Photozone on the 119th floor, Seoul Sky Cafe on the 122nd floor and 123 lounge, which is a premium lounge bar on the 123rd floor. It is the second highest in the world, followed by the Shanghai Tower (located 546 meters high and 118 stories) in Shanghai, China, and the highest of the OECD countries. There are four media stands on the 117th and 118th floors.

Ping An International Finance Centre (also known as the Ping An IFC) is a 115-story mega tall skyscraper in Shenzhen, Guangdong. The building was commissioned by Ping An Insurance and designed by the American architectural firm Kohn Pedersen Fox Associates. It was completed in 2017, becoming the 4th tallest building in the world.

The Abraj Al-Bait is a government-owned mega tall complex of seven skyscraper hotels in Mecca, Saudi Arabia. These towers are a part of the King Abdulaziz Endowment Project that strives to modernize the city in catering to its pilgrims. The central hotel tower, the Makkah Royal Clock Tower, A Fairmont Hotel, has the world’s largest clock face and is the third-tallest building and fifth-tallest freestanding structure in the world.

The Shanghai Tower “Shanghai Centre Tower” is a 632-meter (2,073 ft), the 128-story mega tall skyscraper in Lujiazui, Pudong, Shanghai. It also has the world’s highest observation deck within a building or structure (Level 121, 561.25 m), and the world’s fastest elevators at a top speed of 20.5 meters per second (74 km/h; 46 mph). It is the world’s second-tallest building by height to the architectural top.

Also Read: Top 10 Most Expensive Cities in The World

The Burj Khalifa, known as the Burj Dubai before its inauguration in 2010, is a skyscraper in Dubai, United Arab Emirates. With a total height of 829.8 m (2,722 ft) and a roof height (excluding antenna) of 828 m (2,717 ft), the Burj Khalifa has been the tallest structure in the world since its topping out in late 2008. 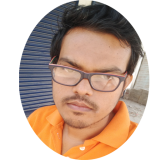 Software Engineer Who Loves to Write Articles or Digital Marketing.